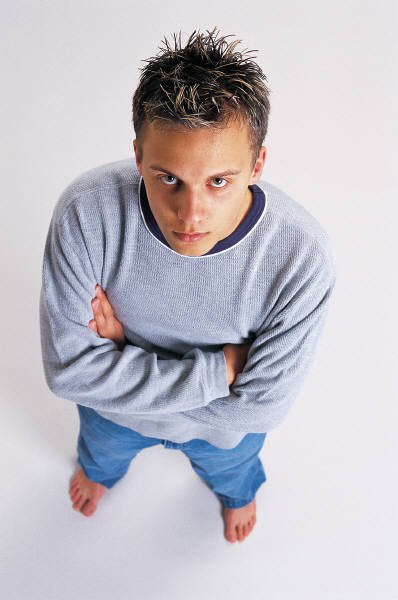 I am often asked whether the consensus-building system I teach will work with teenagers. The short answer is, “Yes indeed!” In fact, one of my students in Rice University’s Glasscock School of Continuing Studies took my course for the specific purpose of learning to communicate better with her son.

This system is interest driven, and it is important to remember that we enjoy better success when we address the interests another person actually has, rather than the interest we believe he should have.

A recent item in Psychology Today made an interesting analysis of the interests behind teen risk-taking. Contrary to popular belief, teenagers’  primary attraction to fast driving, for example, is not the thrill. The interests driving such behavior are hard-wired and powerful. With the advent of puberty comes a heightened push for acceptance and status. These things, in turn, relate to the newly-awakened drive to compete and attract potential mates.

Kids who take risks make an impression on other kids, and they know it. Therefore, trying to dissuade them from reckless driving, drinking or smoking by pointing out the dangers doesn’t work. In fact, when we portray those activities as dangerous, we only enhance their attraction for a child who feels compelled to make an impression by facing danger. In other words, when we address the interests we believe the kids ought to have, our efforts can backfire.

Instead, some people have found greater success by tying the desired behavior to the teenagers’ actual interests, acceptance and status. One successful anti-drinking campaign depicts a drunken teenager making a fool of himself in front of others, along with the message, “Don’t be that guy.” Emphasis on the social advantages of not smoking, likewise, works better than emphasis on the health advantages.

Both of these approaches have succeeded because they address the kids’ actual interests, rather than the interests well-meaning adults believe they should have. True, the health risks of smoking and drinking and the danger of reckless or distracted driving are very real. They can ruin, or even end, someone’s life. But harping on the dangers of these activities with a child whose hardwiring urges him to seek danger is counterproductive.

You, too, can influence a teenager you care about by showing him an example of someone his age, under the influence of drugs or alcohol, acting the buffoon, while others make fun and laugh at him. You can show him a picture of a young man horribly disfigured in a street racing accident and ask your child how many girls would want to date that boy.

But you can bump your efforts up to a higher level if, rather than beginning with these examples, you first ask your child’s take on status and acceptance, and show him you understand. Begin with open questions such as, “How did you feel when you drove fast?” or “How will drinking affect your social life?”

Next, show him you understand by paraphrasing his answers. If he says that, when he was driving fast, he felt a powerful rush, like he could take on anybody, no one could ever push him around, you might say, “So you felt sort of like the top dog, is that right?” If he says that drinking would get him into the cool crowd, the one all the hottest girls hang out with, you could reply, “So you are thinking that you could get better dates if you drank, correct?”

Keep paraphrasing until the teen agrees that you’ve got his points and seems to warm to you in appreciation of your understanding. Now, when you show him, or tell him about, the examples, use his words or concepts. If you show him the picture of the boy who was maimed in a racing accident, you could say, “How easy would it be to push this guy around?” With the example of the boy who gets drunk and makes a fool of himself, you can ask, “What kind of girls do you think would date him?”

In short, when you reign in your (very understandable) impulse to lecture him about danger, and converse with him the same way you would in applying your consensus and persuasion skills with an adult, you just might find that child responds more like an adult.

The course was very interesting and learning the skill set in the classroom to apply in real life situations is invaluable.  It’s definitely about … END_OF_DOCUMENT_TOKEN_TO_BE_REPLACED

It Strikes a Chord: I’ve spent a lifetime reading stories, and I’m not easy to please. This little pocketful kept me pleasurably engaged all the way t… END_OF_DOCUMENT_TOKEN_TO_BE_REPLACED

Thank you. It was a pleasure attending your class. It taught me to ask “Why?” when I am trying to resolve an issue. I learned a lot and am happy I had… END_OF_DOCUMENT_TOKEN_TO_BE_REPLACED

As a ghostwriter, I negotiate contracts often, and for “invisible” goods. …Margaret has taught me how to appeal to a prospect’s often hidden needs a… END_OF_DOCUMENT_TOKEN_TO_BE_REPLACED

My life has gone much more smoothly since taking your class.  Be it a discussion with…or a coworker, there is less stress and more preferable resul… END_OF_DOCUMENT_TOKEN_TO_BE_REPLACED

It [Bridges to Consensus] lends itself specifically to church issues, while making itself significantly useful for understanding communications in any… END_OF_DOCUMENT_TOKEN_TO_BE_REPLACED

I believe Bridges to Consensus applies to every facet of our lives… It doesn’t knock you over like a fire hose. It enters your spirit quietly and ge… END_OF_DOCUMENT_TOKEN_TO_BE_REPLACED

A Go-To Reference & Entertaining Read in One Book: Delightful fiction, indeed! Each of the stories is a standalone pleasure. I especially enjoyed the … END_OF_DOCUMENT_TOKEN_TO_BE_REPLACED

Margaret Anderson was instrumental in helping me hone my skills so that I could sort out, get clear, select, and land a “practically perfect” new busi… END_OF_DOCUMENT_TOKEN_TO_BE_REPLACED

While reading “Bridges to Consensus”, I volunteered to organize a project with my quilt bee, 15 professional, talented, and strongly-opinionated w… END_OF_DOCUMENT_TOKEN_TO_BE_REPLACED

Although the book [Bridges to Consensus] is written with clergy in mind, I was instantly engrossed in the material and could see my way to using her s… END_OF_DOCUMENT_TOKEN_TO_BE_REPLACED

Margaret Anderson’s presentation takes the wisdom of Ben Franklin’s stated virtue: “Speak not but what may benefit others or yourself” into the realm … END_OF_DOCUMENT_TOKEN_TO_BE_REPLACED

It has been said that one of the best ways to teach is through story. In Love on the Rocks with a Twist, Margaret Anderson teaches the fine art of con… END_OF_DOCUMENT_TOKEN_TO_BE_REPLACED

So much of our daily communication consists of argument, I’m delighted to learn new methods that remove the argument and place both parties on the roa… END_OF_DOCUMENT_TOKEN_TO_BE_REPLACED

Working with Margaret helped me understand that conflict does not automatically have to mean confrontation. Now I know how to seek solutions that bene… END_OF_DOCUMENT_TOKEN_TO_BE_REPLACED

As a ghostwriter, I negotiate contracts often, and for “invisible” goods. …Margaret has taught me how to appeal to a prospect’s often hidden needs a… END_OF_DOCUMENT_TOKEN_TO_BE_REPLACED