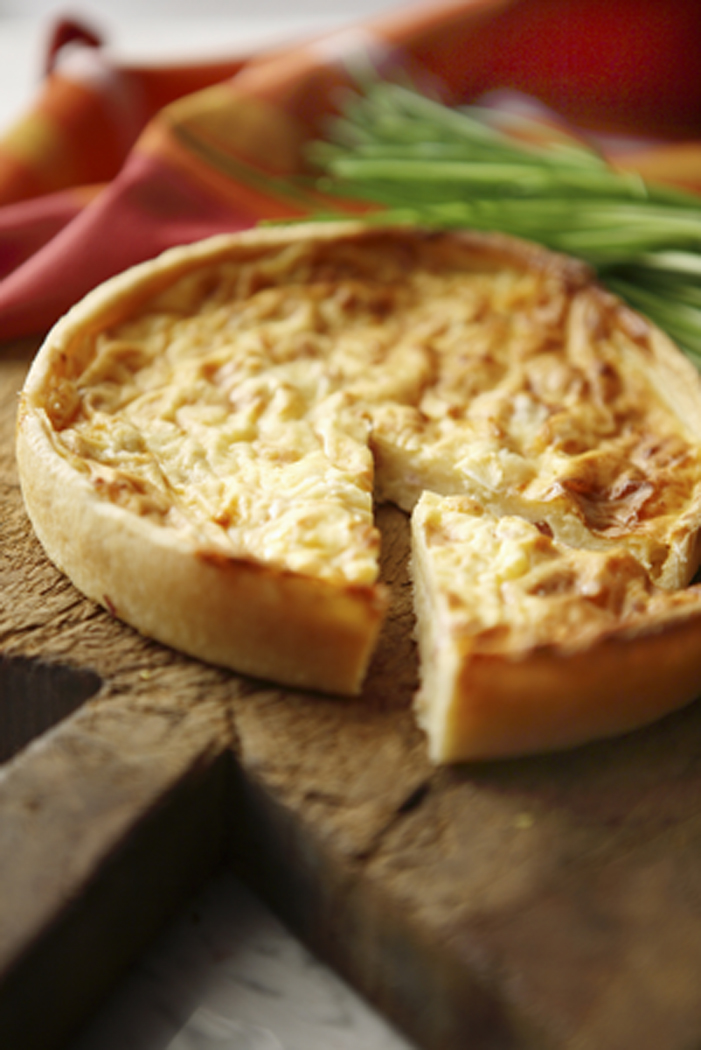 This two-part article was developed from a program I delivered for the Unitarian Fellowship of Houston on Aug. 5, 2012.

In Part I of this article, we learned how humans evolved greedy genes to help them save for a rainy day and envy genes to provide a simple test for when they had saved enough, so that their greed did not get out of hand. We also saw how, in modern life, these traits can still serve our interests when resources are truly inadequate to meet everyone’s needs, but in other situations, can work against other interests, such as a rewarding life style.

As mentioned there, many of us realize that we no longer have to compete for everything. Instead of looking for the win in a win-lose paradigm, we try to negotiate and build consensus.

From my professional perspective, however, greed and envy genes still drive people to make counterproductive decisions even when we seek consensus. We may toss around terms like “win-win,” but on a primal level, we still operate on the assumption that there’s not enough to go around. So the more one party to a transaction gets, the less the other gets.

Consequently, we tend to think of a “fair” agreement as a compromise, a consensus in which both parties gave up something. Instead of looking for a win-lose, we now look for a lose-lose.

In my book, Bridges to Consensus and in my classes and presentations, I use a scenario involving a woman named Fran who has been running her church fundraiser for 15 years. It always includes a silent auction, banquet and speaker. Fran has contacts for getting topnotch speakers for reduced fees. The high caliber speakers, in turn, draw many visitors who not only pay to attend the banquet, but also spend at the auction. So Fran has a track record of netting about $20,000, and the board now expects this.

Fran learns that a younger parishioner, Yolanda, wants to change the fundraiser to a game party and pot luck, only charging modest amounts for each person to play each round of each game. Yolanda wants active games like darts, twister and charades.

Fran can see that this format would not draw the visitors nor produce the income the board expects. Plus, the older people, who—quite frankly—spend the most at the auction, might not be willing, or even able, to engage in such active games.

A compromise with Yolanda might involve having a short game period at the fundraiser in addition to the usual format. This could be an organizational nightmare. The game period would draw people away from the silent auction. So it would be a big loss for Fran. Moreover, a short game period probably wouldn’t really satisfy Yolanda either. Like most compromises, this is a lose-lose.

But instead of stonewalling Yolanda or offering the lukewarm compromise, Fran asks Yolanda why she prefers games. Yolanda replies that she can’t afford the auction items and finds speakers boring. She doesn’t like to sit and listen to anyone, no matter how famous they are. She likes to be up and doing something active.

There are many different versions of how Fran and Yolanda can resolve this. I’ve done a role-play demonstration of one of them with an improvisational actress for a couple of religious groups. In that version, I, as Fran, explore ways for Yolanda to do an active volunteer job during the fundraiser, such as watching the small children. Yolanda seems lukewarm on that idea, but my questions inspire her to ask if her dance group could perform at the event.

I decide this might be a good way to draw people into the dining room and get them settled down quickly after the auction viewing and bidding. Yolanda loves the idea. She’s no longer lukewarm; she’s actually enthused about the fundraiser.

Now if my actress and I were to demonstrate this particular version to a commercial audience, a few of them would criticize Yolanda. She gave up on games, but Fran didn’t give up anything. So Yolanda’s a loser or a weakling. They want to see compromise as a test of fairness, even though a compromise in this case would be a lose-lose.

That’s when I point out that games were only one way of accomplishing what Yolanda really wanted, her true interest in enjoyable physical activity. The dance performance idea has Yolanda excited and enthused about the fundraiser. Her true interest is satisfied better than if Fran had compromised on games.

It’s as if humans intuitively see every issue as a pie. The more one person gets, the less the other gets. It is counterintuitive to consider that we might be able to find, or create, a second pie by exploring interests.

Now in religious groups, where so many people want to see kindness, it gets more interesting. After one recent Fran-Yolanda presentation, a man said to me, “Well, you just got everything you wanted!” I could be wrong, but his tone seemed to indicate he thought I had done something wrong. He was looking for the compromise, the lose-lose, but from the other side of the fence. If Fran didn’t give up anything, it felt to him as if she had somehow taken advantage of Yolanda.

Here’s where we have to override our brain wiring with logic. Fran would have been justified in telling Yolanda, “I’m so sorry, but a game night simply won’t net us the income the board is counting on.” It’s win-lose and Fran wins.

Or if Fran had compromised on a plan with a short game period, she and Yolanda both would have been lukewarm on the compromise, the lose-lose.

How does that hurt Yolanda? Contrary to what our genes or our guts may say, it doesn’t. Yolanda did at least as well as she would have with a compromise. She certainly did better than she would have if Fran had simply refused to negotiate.

In another religious group, this got even more interesting. After the role-play demonstration, a woman said, “It looked like you just addressed her interests in order to get what you wanted.” So now motive seems important. If Yolanda gave up more than Fran did, by golly, Fran better have had her heart in the right place.

As an aside, I would note that Fran’s justification for the usual programming was so strong that, if she hadn’t cared about Yolanda, she would not even have discussed the matter.

I sincerely wish everyone would approach dealings with others in a spirit of kindness. But I know that, from time to time, I have to deal with people who are motivated only by self-interest. When that happens, I would be only too delighted if the way they go about trying to get what they want from me is to explore the interests behind what I want and try to address those interests for me.

Ariely tells us the best way to rewire our brain’s comparison test is through experience. For example, if you move to a place where the cost of housing differs from what you’re used to, you should rent for a while till your brain develops different comparison standards.

Likewise, from my consensus-building perspective, in learning to look for and recognize a true win-win, you need to experience success with interest-driven transactions in low stakes situations so that the skills will come more naturally to you in important matters where you’re under stress. That’s why I build practice exercises into my workshops.

But you can, and should, also practice in your own real-life, low-stakes situations. Let’s say your coworker wants to go to a Tex-Mex restaurant for lunch, and you want Chinese. That situation, in and of itself, may not be worth the time and effort to build a win-win consensus, but as a practice opportunity, it is worthwhile.

So you ask your coworker why he wants Tex-Mex. He didn’t have breakfast and has to work late, so he wants a filling lunch. Why do you want Chinese? Because you just had Tex-Mex yesterday. Maybe you’d both be completely happy with Italian food or a cafeteria.

I hope you will practice, and I’d love to hear from you about how you get along.

As a ghostwriter, I negotiate contracts often, and for “invisible” goods. …Margaret has taught me how to appeal to a prospect’s often hidden needs a… END_OF_DOCUMENT_TOKEN_TO_BE_REPLACED

Working with Margaret helped me understand that conflict does not automatically have to mean confrontation. Now I know how to seek solutions that bene… END_OF_DOCUMENT_TOKEN_TO_BE_REPLACED

My life has gone much more smoothly since taking your class.  Be it a discussion with…or a coworker, there is less stress and more preferable resul… END_OF_DOCUMENT_TOKEN_TO_BE_REPLACED

So much of our daily communication consists of argument, I’m delighted to learn new methods that remove the argument and place both parties on the roa… END_OF_DOCUMENT_TOKEN_TO_BE_REPLACED

It Strikes a Chord: I’ve spent a lifetime reading stories, and I’m not easy to please. This little pocketful kept me pleasurably engaged all the way t… END_OF_DOCUMENT_TOKEN_TO_BE_REPLACED

Although the book [Bridges to Consensus] is written with clergy in mind, I was instantly engrossed in the material and could see my way to using her s… END_OF_DOCUMENT_TOKEN_TO_BE_REPLACED

Margaret Anderson was instrumental in helping me hone my skills so that I could sort out, get clear, select, and land a “practically perfect” new busi… END_OF_DOCUMENT_TOKEN_TO_BE_REPLACED

It has been said that one of the best ways to teach is through story. In Love on the Rocks with a Twist, Margaret Anderson teaches the fine art of con… END_OF_DOCUMENT_TOKEN_TO_BE_REPLACED

Margaret Anderson’s presentation takes the wisdom of Ben Franklin’s stated virtue: “Speak not but what may benefit others or yourself” into the realm … END_OF_DOCUMENT_TOKEN_TO_BE_REPLACED

It [Bridges to Consensus] lends itself specifically to church issues, while making itself significantly useful for understanding communications in any… END_OF_DOCUMENT_TOKEN_TO_BE_REPLACED

While reading “Bridges to Consensus”, I volunteered to organize a project with my quilt bee, 15 professional, talented, and strongly-opinionated w… END_OF_DOCUMENT_TOKEN_TO_BE_REPLACED

Thank you. It was a pleasure attending your class. It taught me to ask “Why?” when I am trying to resolve an issue. I learned a lot and am happy I had… END_OF_DOCUMENT_TOKEN_TO_BE_REPLACED

I believe Bridges to Consensus applies to every facet of our lives… It doesn’t knock you over like a fire hose. It enters your spirit quietly and ge… END_OF_DOCUMENT_TOKEN_TO_BE_REPLACED

As a ghostwriter, I negotiate contracts often, and for “invisible” goods. …Margaret has taught me how to appeal to a prospect’s often hidden needs a… END_OF_DOCUMENT_TOKEN_TO_BE_REPLACED

The course was very interesting and learning the skill set in the classroom to apply in real life situations is invaluable.  It’s definitely about … END_OF_DOCUMENT_TOKEN_TO_BE_REPLACED

A Go-To Reference & Entertaining Read in One Book: Delightful fiction, indeed! Each of the stories is a standalone pleasure. I especially enjoyed the … END_OF_DOCUMENT_TOKEN_TO_BE_REPLACED