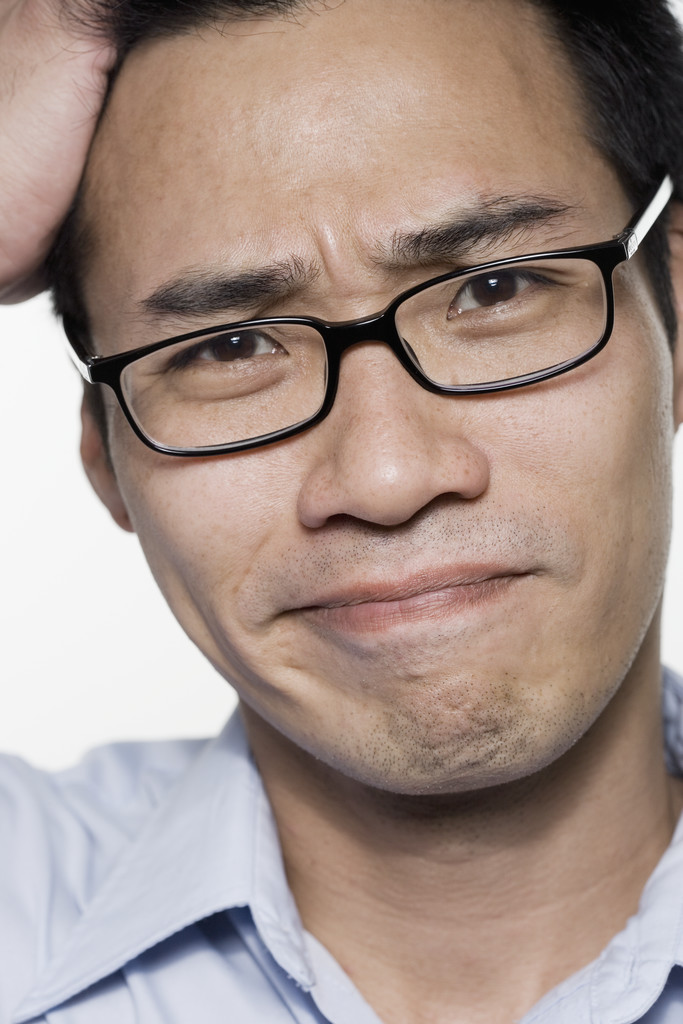 When someone’s words or actions seem unreasonable, impolite, or even outrageous, it’s all too easy to write him off as Attila the Impossible. But you are more likely to get through to him if, instead of passing judgment, you ask yourself how he would have to view the situation in order to see his own actions, positions, opinions, etc. as reasonable.

If he behaved in a manner that he himself considered unreasonable, he’d be doing wrong by his own standards. As my readers know, feeling wrong is so stressful that people rarely do it to themselves. So, hard as it may be to believe, he most likely considers his words or actions reasonable. He sees the situation differently than you do in some way.

Perhaps he doesn’t know all the facts that you know, or he knows some that you don’t. Once I had arranged for a neighbor to pick me up after work so that we could go to a meeting together. Shortly before pickup time, I called her cell phone to say that I didn’t want to go to the meeting after all.

My friend replied, “But I’m on the Beltway!” She sounded so exasperated, so angry, I couldn’t understand it. It seemed unreasonable. Knowing now what I didn’t know then, I realize that she, in turn, must have thought I was frivolous, inconsiderate, and yes, unreasonable.

But knew in my heart that those words didn’t describe my friend. I kept thinking about her exact words, “But I’m on the Beltway!” The more I considered that statement, it seems strange. The Beltway runs through our neighborhood, and therefore, lies relatively close to her nearby workplace. But I couldn’t picture the Beltway connecting her workplace and home. At 1st I thought I might have been mistaken about exactly where she worked.

On further reflection, it hit me. I had forgotten that she told me she’d be working outside of her office that day, quite far from our neighborhood. No wonder she was exasperated when I decided I was too tired to go to the meeting after she had already driven thirty or forty minutes from downtown toward our suburb.

To make matters worse, the meeting was then still a third part of town. My neighbor could have saved herself a lot of time by heading straight to the meeting, but had made a big detour in order to pick me up. No wonder she was angry! She had facts, specifically a mental map, that I didn’t.

When friction arises from different sets of facts, that’s good news because such conflicts are usually easy to resolve once all the facts have been made known to both parties. Or, in my case, when one of them is reminded of facts she had forgotten.

In other situations, the other person might have rationalized himself into a position in order to avoid feeling wrong, his mind working so quickly that he was unaware of the rationalization process. However he arrived at the belief that his is reasonable, he holds that belief now. You don’t have to agree with him, but if you want to change his mind, you do have to know what’s on his mind at present.

You don’t have to agree with him, but if you want to change his mind, you do have to know what’s on his mind at present. Take a cool off break if you need it, then, ask yourself, “What could make that position reasonable?”

Suppose you and Biff are planning an outdoor festival for your organization. You suggest having different games for different age levels. Biff throws up his hands. “How in the world am I supposed to know what kinds of games all those different people would like?”

You feel dumbfounded. Biff seems to think you’re being unreasonable, when he’s the one off in left field. We’ve both raised children. If we know what kinds games they liked to play at different ages, why should other people’s children be any different? you wonder.

One example would be different groups of adults. Wait a minute! We were talking about how some young adults find bingo boring. Maybe Biff thought I meant different games for different age levels of adults.

So your resolution for this month is, when someone gets your dander up, seems unreasonable, illogical, selfish, or whatever, before you write him off, ask yourself, “What could possibly make his statement (or action or position) seem reasonable to him?”

If you get a brainstorm, ask him a question to see if you were right. If you can’t think of anything that would make him reasonable, just ask him for clarification, and be sure to keep your own tone and choice of words polite and reasonable. You’ll be surprised what you may learn.

This article is adapted from Bridges to Consensus. You can read more about asking yourself what would make someone reasonable inCchapter 12.

So much of our daily communication consists of argument, I’m delighted to learn new methods that remove the argument and place both parties on the roa… END_OF_DOCUMENT_TOKEN_TO_BE_REPLACED

Margaret Anderson was instrumental in helping me hone my skills so that I could sort out, get clear, select, and land a “practically perfect” new busi… END_OF_DOCUMENT_TOKEN_TO_BE_REPLACED

Although the book [Bridges to Consensus] is written with clergy in mind, I was instantly engrossed in the material and could see my way to using her s… END_OF_DOCUMENT_TOKEN_TO_BE_REPLACED

As a ghostwriter, I negotiate contracts often, and for “invisible” goods. …Margaret has taught me how to appeal to a prospect’s often hidden needs a… END_OF_DOCUMENT_TOKEN_TO_BE_REPLACED

It Strikes a Chord: I’ve spent a lifetime reading stories, and I’m not easy to please. This little pocketful kept me pleasurably engaged all the way t… END_OF_DOCUMENT_TOKEN_TO_BE_REPLACED

While reading “Bridges to Consensus”, I volunteered to organize a project with my quilt bee, 15 professional, talented, and strongly-opinionated w… END_OF_DOCUMENT_TOKEN_TO_BE_REPLACED

It has been said that one of the best ways to teach is through story. In Love on the Rocks with a Twist, Margaret Anderson teaches the fine art of con… END_OF_DOCUMENT_TOKEN_TO_BE_REPLACED

Thank you. It was a pleasure attending your class. It taught me to ask “Why?” when I am trying to resolve an issue. I learned a lot and am happy I had… END_OF_DOCUMENT_TOKEN_TO_BE_REPLACED

A Go-To Reference & Entertaining Read in One Book: Delightful fiction, indeed! Each of the stories is a standalone pleasure. I especially enjoyed the … END_OF_DOCUMENT_TOKEN_TO_BE_REPLACED

My life has gone much more smoothly since taking your class.  Be it a discussion with…or a coworker, there is less stress and more preferable resul… END_OF_DOCUMENT_TOKEN_TO_BE_REPLACED

The course was very interesting and learning the skill set in the classroom to apply in real life situations is invaluable.  It’s definitely about … END_OF_DOCUMENT_TOKEN_TO_BE_REPLACED

I believe Bridges to Consensus applies to every facet of our lives… It doesn’t knock you over like a fire hose. It enters your spirit quietly and ge… END_OF_DOCUMENT_TOKEN_TO_BE_REPLACED

Working with Margaret helped me understand that conflict does not automatically have to mean confrontation. Now I know how to seek solutions that bene… END_OF_DOCUMENT_TOKEN_TO_BE_REPLACED

As a ghostwriter, I negotiate contracts often, and for “invisible” goods. …Margaret has taught me how to appeal to a prospect’s often hidden needs a… END_OF_DOCUMENT_TOKEN_TO_BE_REPLACED

It [Bridges to Consensus] lends itself specifically to church issues, while making itself significantly useful for understanding communications in any… END_OF_DOCUMENT_TOKEN_TO_BE_REPLACED

Margaret Anderson’s presentation takes the wisdom of Ben Franklin’s stated virtue: “Speak not but what may benefit others or yourself” into the realm … END_OF_DOCUMENT_TOKEN_TO_BE_REPLACED