Defense against the Dark Arts of Persuasion: COMPULSIVE CONSISTENCY, II 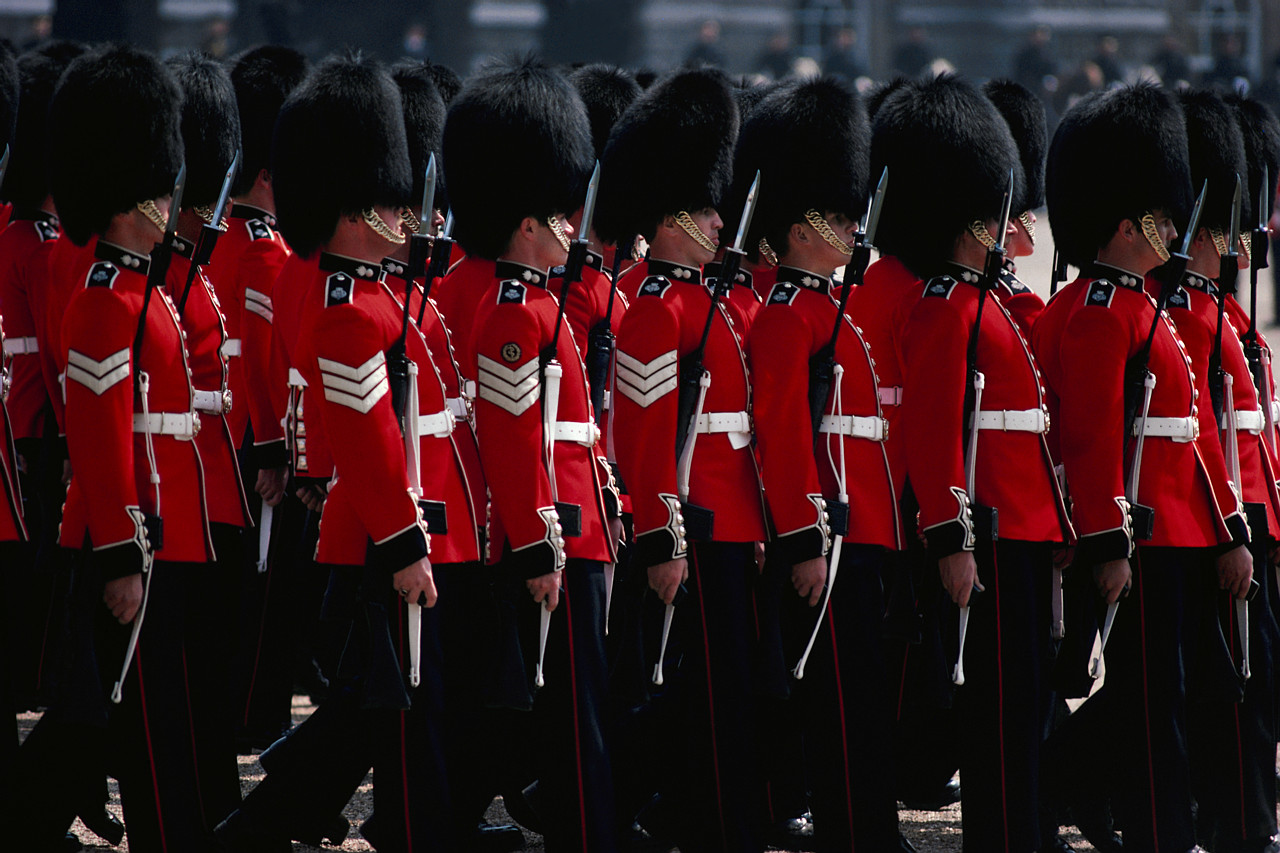 When compliance professionals use our need for consistency against us, they can make it even more difficult for us to resist by building unnecessary difficulty into our first step, the initial position we take or the commitment we make.

Several weeks ago, in my “Defense against the Dark Arts of Persuasion” blog post “CONSISTENCY, I”, we heard Ralph Waldo Emerson’s warning against “foolish consistency,” and saw Dr. Robert Cialdini’s example of people who had agreed to put a small “Drive carefully” sticker in their windows later agree to accept large ugly signs in their front yards.[1] When we take a position on a small matter, a seemingly innocuous act like accepting a sticker can play into the hands of compliance professionals by making it psychologically impossible for us to refuse a request that is consistent with our position.

This week, we’ll see how those compliance professionals can make their subsequent requests even more irresistible. Indeed they can set us up for mindless compliance by building difficulty into our initial commitment to a position. This is one reason written commitments produce a stronger urge for consistency then oral ones, as when the Korean War prisoners in Chinese camps wrote essays about the imperfections of the United States. Writing an essay takes more effort than simply verbally agreeing that “the U.S. isn’t perfect.”

The more effort, or even physical or psychological discomfort and pain, involved, the stronger the commitment. Primitive tribes sometimes require rights of passage that seem brutal to us, as do “beat down” gang initiations. But the same principles are involved in, for example, college fraternity hazing. A boy may be exposed to cold, thirst, disgusting food, punishment, and even beatings and death threats during Hell Week, as well as in primitive coming-of-age rituals.

The initiate undergoes an inner change that leaves him so utterly committed to the solidarity of the group that he mindlessly obeys the leaders and rules, falls in with whatever the others in the group are doing, and after he graduates and enters the business world, unfairly favors members of his own fraternity in hiring, advancement, and overall treatment in the workplace.

Psychological hazing, like psychological domestic abuse, can be even more painful, and result in even more extreme drives for consistency. The Skull and Bones Society of Yale University reputedly uses initiation rituals that require students to reveal their most personal and embarrassing life experiences, such as intimate details of their sex lives, before the group. Later, they become some of the most powerful people in the world because of their extreme and unstinting commitment to advance one another.

Cialdini also writes about a West Point cadet who was expelled, not because he did not personally undergo initiation, nor because he was too cruel in initiating others, but rather, because he refused to submit others to what he considered “absurd and dehumanizing” initiation treatment.

Time and again, the efforts of various university administrations to end hazing have resulted either in violent resistance or in driving the hazing underground. The commitment of those who have already been through the difficult ritual is so great that they cannot let the ritual die. Nor do they give up the opportunity to get others to mindlessly support them, even if they don’t understand this on a conscious level.

Another factor that strengthens the drive for consistency is the absence of a significant reward for taking that initial position. When people can’t tell themselves, “I just did it for the money,” they take ownership of the position and adjust their own self image to act consistently with that position in the future.

This is why the Korean War prisoners in the Chinese camps were only offered, perhaps, a few cigarettes as a prize for winning an essay contest. College students freely choose to pledge fraternities. This is also the reason Cialdini suggests that “we should never heavily bribe or threaten our children to do the things we want them truly to believe in.”[2]

The parenting example just above shows a good use of the psychological principles involved. All too often, however, compliance professionals, such as marketers and ideologues, use them to manipulate us into acting against our own interests or against the overall good of our societies.

What’s wrong with solidarity? Solidarity can become dangerous when it becomes mindless. The business manager who hires a member of his fraternity without objectively considering the qualifications of all applicants not only treats people unfairly, but also deprives himself of employees who would do a better job for him.

I know an excellent freelance writer and ghostwriter who lives near a small college town. However, she has given up on marketing, or even networking, in that town because the vast majority of its residents simply won’t do business with anyone who didn’t attend the local university. Instead, she gets most of her business from clients in larger cities that lie farther away.

Worst of all, abusive initiation rituals teach people that cruelty and abuse are acceptable ways to deal with one another.

But, equipped with knowledge of compliance tactics, we can avoid, and teach our children to avoid, engaging in bizarre, abusive or unnecessarily difficult prerequisites for entry into a group or eligibility for some advantage or position.

Cialdini suggests that we look for one of two signs that acting consistently with a prior position is wrong for us. One is an instantaneous gut feeling that we are trapped into doing something that we don’t want to do. He recounts a personal experience of answering his door to a beautiful young woman in shorts and a halter who was taking a survey about his entertainment preferences.

After Cialdini answered, the woman said that based on his information, he could save $1200 by joining a club. He describes his instantaneous reaction as feeling “trapped like a rat.” This feeling that you are trapped by things you’ve said or done is a big red flag.

Cialdini’s second criterion comes from searching what he calls “our heart of hearts…the place where we cannot fool ourselves…where none of our justifications, none of our rationalizations penetrate. He recounts a story of a woman who made a major, difficult commitment by cancelling plans to marry one man to take up with another. Anyone other than this woman could see that the new boyfriend was a mistake but she stayed with him.

It’s hard to admit a mistake like that, much less to openly acknowledge that mistake by taking corrective action. As I’ve written in other blog posts and in Bridges to Consensus, we are biologically wired to resist admitting we are wrong.

Cialdini suggests that the woman he describes ask herself this type of heart of hearts question about her prior commitment: If I knew then what I know now about life with my new boyfriend, would I make the same decision? We can ask ourselves that same question whenever we are faced with a decision about whether or not to act consistently with a prior position or commitment.

To Cialdini’s suggestions, I would add still another question that we can ask before we even make an initial commitment that involves great difficulty: Is the difficulty necessary? If you want to become a professional athlete or dancer, exercising to the point where your muscles hurt may be necessary. If the sport in which you want to go professional is a contact sport, getting hit and injured may be necessary.

If you want to enter ministry, you must have a complete psychological work up in which you might have to admit some embarrassing details to the psychologist.

But if all you want is to join a social or support group or club, neither physical nor psychological pain is necessary. Revealing embarrassing details before a group, as opposed to an individual professional psychologist is not necessary. And these are big red flags. When you see them waving in your gut, heart or mind, run, don’t walk, away, and teach your children to do likewise.

In short, we can learn to defend ourselves against what can be one of the darkest arts of persuasion.

[1] Influence, the Psychology of Persuasion, p. 72

Thank you. It was a pleasure attending your class. It taught me to ask “Why?” when I am trying to resolve an issue. I learned a lot and am happy I had… END_OF_DOCUMENT_TOKEN_TO_BE_REPLACED

It [Bridges to Consensus] lends itself specifically to church issues, while making itself significantly useful for understanding communications in any… END_OF_DOCUMENT_TOKEN_TO_BE_REPLACED

Margaret Anderson was instrumental in helping me hone my skills so that I could sort out, get clear, select, and land a “practically perfect” new busi… END_OF_DOCUMENT_TOKEN_TO_BE_REPLACED

The course was very interesting and learning the skill set in the classroom to apply in real life situations is invaluable.  It’s definitely about … END_OF_DOCUMENT_TOKEN_TO_BE_REPLACED

A Go-To Reference & Entertaining Read in One Book: Delightful fiction, indeed! Each of the stories is a standalone pleasure. I especially enjoyed the … END_OF_DOCUMENT_TOKEN_TO_BE_REPLACED

Margaret Anderson’s presentation takes the wisdom of Ben Franklin’s stated virtue: “Speak not but what may benefit others or yourself” into the realm … END_OF_DOCUMENT_TOKEN_TO_BE_REPLACED

So much of our daily communication consists of argument, I’m delighted to learn new methods that remove the argument and place both parties on the roa… END_OF_DOCUMENT_TOKEN_TO_BE_REPLACED

Although the book [Bridges to Consensus] is written with clergy in mind, I was instantly engrossed in the material and could see my way to using her s… END_OF_DOCUMENT_TOKEN_TO_BE_REPLACED

It Strikes a Chord: I’ve spent a lifetime reading stories, and I’m not easy to please. This little pocketful kept me pleasurably engaged all the way t… END_OF_DOCUMENT_TOKEN_TO_BE_REPLACED

As a ghostwriter, I negotiate contracts often, and for “invisible” goods. …Margaret has taught me how to appeal to a prospect’s often hidden needs a… END_OF_DOCUMENT_TOKEN_TO_BE_REPLACED

My life has gone much more smoothly since taking your class.  Be it a discussion with…or a coworker, there is less stress and more preferable resul… END_OF_DOCUMENT_TOKEN_TO_BE_REPLACED

While reading “Bridges to Consensus”, I volunteered to organize a project with my quilt bee, 15 professional, talented, and strongly-opinionated w… END_OF_DOCUMENT_TOKEN_TO_BE_REPLACED

Working with Margaret helped me understand that conflict does not automatically have to mean confrontation. Now I know how to seek solutions that bene… END_OF_DOCUMENT_TOKEN_TO_BE_REPLACED

I believe Bridges to Consensus applies to every facet of our lives… It doesn’t knock you over like a fire hose. It enters your spirit quietly and ge… END_OF_DOCUMENT_TOKEN_TO_BE_REPLACED

As a ghostwriter, I negotiate contracts often, and for “invisible” goods. …Margaret has taught me how to appeal to a prospect’s often hidden needs a… END_OF_DOCUMENT_TOKEN_TO_BE_REPLACED

It has been said that one of the best ways to teach is through story. In Love on the Rocks with a Twist, Margaret Anderson teaches the fine art of con… END_OF_DOCUMENT_TOKEN_TO_BE_REPLACED