How Much Do Motives Matter in Building Consensus? 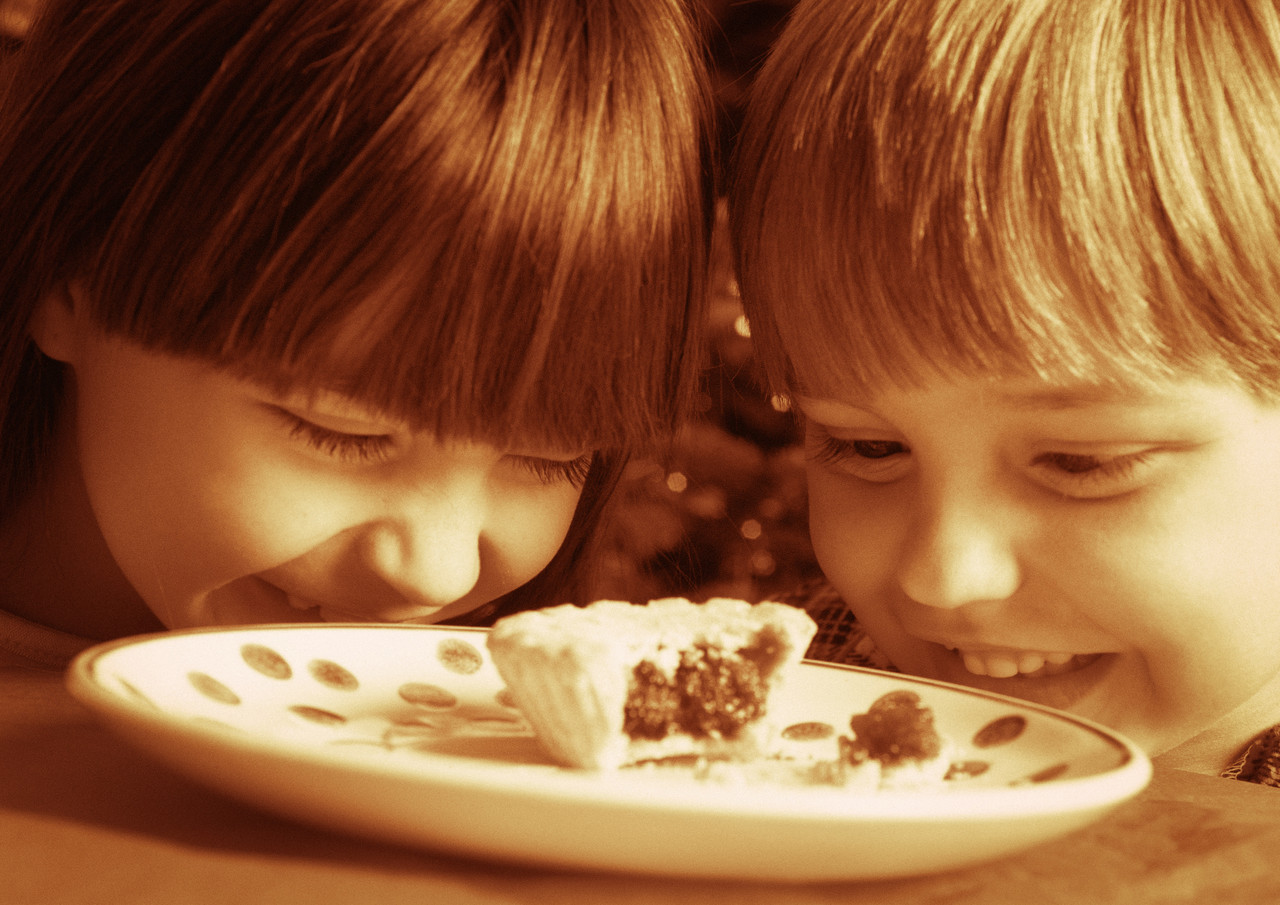 Those who have read Bridges to Consensus know that the best way to inspire someone to address your interests is to try to address their interests, hand-in-hand with your own.

During a recent presentation for a religious organization, I performed a demonstration of an interest-oriented dialogue. During Q&A, an audience member said something like, “But you could have been asking about her interests, and addressing those interests, just to get what you wanted.” Her frown told me that idea disturbed her. How could a good, moral, church-worthy outcome result from a selfishly motivated behavior?

It’s natural for us to sense that, if someone practices a persuasion or consensus-building skill solely for their own sake, they must be manipulating the other person or treating them unfairly in some way. The reason this feeling comes so naturally is akin to our cultural tendency to view persuasive interactions as win-lose, or “fixed pie,” in nature. We feel that, if someone is getting what they want from us, we must be losing something.

So, intuitively, we also feel that, only if someone truly cares about our welfare, can we feel comfortable releasing the win-lose assumption.  But, as Bridges to Consensus readers also know, consensus-building skills are often counterintuitive, and the win-win is a real possibility.

It’s true that the interest-oriented approach works best for us when we are honestly curious about the other person and compassionately interested in trying to satisfy their needs for their sake, not just our own. However, the very nature of the skills themselves makes the skill user’s motives and intentions less important to the welfare of the one with whom he uses them than in a win-lose dynamic.

Suppose Dick and Jane have a joint project to do. The project will involve background research and interviews with their fellow employees (or fellow congregants, depending on the venue of the project). Each of them wants to do the research and leave the interviews to the other. Dick can choose between two approaches: he can try to cajole, argue or bully Jane into doing the interviews, or he can find out about her interests in doing the research and try to address them in ways that are consistent with his own interests.

Dick prepares by getting clear on his interests in doing the research. First, he has a head start on it because he did similar work in the past. Second, he feels uncomfortable interviewing people he knows and will interact with in the future; if they don’t like the conclusions the project reaches, they might resent him. Third, he can do most of the research at home, but the interviews have to be done in person.

Now Dick asks Jane why she prefers the research, and why she doesn’t want to do the interviews. Jane says she enjoys talking to people, but having training in academic research, she could do that part efficiently, whereas she would have a big learning curve before she could properly design interview questions.

Let’s say that Dick reasons, because he has a head start on the research, he can afford to spend some time helping Jane design the interview questions if she does the actual interviewing. This would allow him to work at home and avoid interviewing people he knows. But it would take more time, thus partly offsetting his head start on the research. However, he could further suggest that Jane do a small portion of the research along with the interviews, thereby bringing his working time back to about what he had hoped it would be.

Jane agrees to this plan. All her interests are satisfied. She is more than willing to do the actual interviewing (which she enjoys) and a little of the research (at which she is efficient) in return for not having to design the interview questions all by herself.

Put yourself in Jane’s shoes. What would have happened if Dick had not tried to think of ways to (1) work at home, (2) avoid talking to his fellows, and (3) reduce your learning curve on interview questions? What if, instead of discovering and addressing these interests, Dick had made it his goal to get the entire research phase of the project for himself and get you to do the entire interview phase? What if he had tried to cajole, argue or bully you into doing the interview phase?

In a good-case scenario, you might have agreed to each do half the interviews and half the research. How well would your interests have been satisfied by that plan? How does the halvsies plan compare with your interest satisfaction when Dick used an interest-oriented approach?

Worse, if Dick is a better cajoler, arguer or bully than you are, you might have ended up with the entire interview process, including design.

Now suppose that you know Dick doesn’t care a hoot about how happy you are with the your part of the project. He only accommodated you in order to get himself out of doing the interviews. Would you prefer that, instead of trying to address your interests, albeit for his own selfish reasons, he argued or bullied you?

Speaking for myself, I only wish everyone who wanted to persuade me of something would take the interest-oriented approach, no matter what their motivation.

But there’s more. Notice that Dick also achieved a higher level of interest satisfaction for himself when he used the interest-oriented approach rather than the halvsies approach. Even if his first few attempts at interest-orientation are selfishly motivated, when he experiences the results, he begins to release the win-lose assumption, release his fear of losing, and so release his fear of sincerely caring for others. And once he begins to care, he learns that the interest-oriented approach works even better for him.

Like the lady who commented on my dialogue demonstration, we intuitively feel that, at least in a congregation, of all places, everyone should deal unselfishly and compassionately with one another. We also know that this doesn’t always happen. Whether the person you’re dealing with cares about you or only himself, you will be better off if he uses the same interested-oriented consensus skills you do.

I believe Bridges to Consensus applies to every facet of our lives… It doesn’t knock you over like a fire hose. It enters your spirit quietly and ge… END_OF_DOCUMENT_TOKEN_TO_BE_REPLACED

It has been said that one of the best ways to teach is through story. In Love on the Rocks with a Twist, Margaret Anderson teaches the fine art of con… END_OF_DOCUMENT_TOKEN_TO_BE_REPLACED

It Strikes a Chord: I’ve spent a lifetime reading stories, and I’m not easy to please. This little pocketful kept me pleasurably engaged all the way t… END_OF_DOCUMENT_TOKEN_TO_BE_REPLACED

A Go-To Reference & Entertaining Read in One Book: Delightful fiction, indeed! Each of the stories is a standalone pleasure. I especially enjoyed the … END_OF_DOCUMENT_TOKEN_TO_BE_REPLACED

Thank you. It was a pleasure attending your class. It taught me to ask “Why?” when I am trying to resolve an issue. I learned a lot and am happy I had… END_OF_DOCUMENT_TOKEN_TO_BE_REPLACED

As a ghostwriter, I negotiate contracts often, and for “invisible” goods. …Margaret has taught me how to appeal to a prospect’s often hidden needs a… END_OF_DOCUMENT_TOKEN_TO_BE_REPLACED

The course was very interesting and learning the skill set in the classroom to apply in real life situations is invaluable.  It’s definitely about … END_OF_DOCUMENT_TOKEN_TO_BE_REPLACED

My life has gone much more smoothly since taking your class.  Be it a discussion with…or a coworker, there is less stress and more preferable resul… END_OF_DOCUMENT_TOKEN_TO_BE_REPLACED

Although the book [Bridges to Consensus] is written with clergy in mind, I was instantly engrossed in the material and could see my way to using her s… END_OF_DOCUMENT_TOKEN_TO_BE_REPLACED

Working with Margaret helped me understand that conflict does not automatically have to mean confrontation. Now I know how to seek solutions that bene… END_OF_DOCUMENT_TOKEN_TO_BE_REPLACED

It [Bridges to Consensus] lends itself specifically to church issues, while making itself significantly useful for understanding communications in any… END_OF_DOCUMENT_TOKEN_TO_BE_REPLACED

So much of our daily communication consists of argument, I’m delighted to learn new methods that remove the argument and place both parties on the roa… END_OF_DOCUMENT_TOKEN_TO_BE_REPLACED

Margaret Anderson’s presentation takes the wisdom of Ben Franklin’s stated virtue: “Speak not but what may benefit others or yourself” into the realm … END_OF_DOCUMENT_TOKEN_TO_BE_REPLACED

As a ghostwriter, I negotiate contracts often, and for “invisible” goods. …Margaret has taught me how to appeal to a prospect’s often hidden needs a… END_OF_DOCUMENT_TOKEN_TO_BE_REPLACED

Margaret Anderson was instrumental in helping me hone my skills so that I could sort out, get clear, select, and land a “practically perfect” new busi… END_OF_DOCUMENT_TOKEN_TO_BE_REPLACED

While reading “Bridges to Consensus”, I volunteered to organize a project with my quilt bee, 15 professional, talented, and strongly-opinionated w… END_OF_DOCUMENT_TOKEN_TO_BE_REPLACED