Defense Against the Dark Arts of Persuasion: COMPULSIVE CONSISTENCY, I 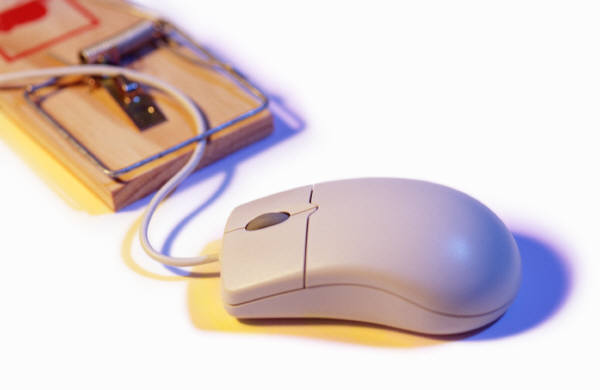 “Sign our petition to save the historic Potter Building.” “Add your name to our thank you note to Councilwoman Eager for supporting our city parks.” “Click here to join Citizens to Ban Texting While Driving.” Harmless and cost-free requests, right? Well, maybe, and maybe not.

You’ll notice that, once you sign on to one of these, you’ll receive a follow-up request for a donation or some other action, such as forwarding the message to your friends by e-mail or posting it on social media. As Dr. Robert Cialdini points out in Influence, the Psychology of Persuasion, one of our most compelling hardwired urges is the desire to act consistently with positions we have taken, especially if we have put them in writing.

It’s hard to fault an organization promoting a worthy cause for soliciting donations and action in the most effective way possible. However, people sometimes act against their own best interests because of the strong pull of the desire for consistency. Here’s how I summarized one of Cialdini’s many examples in my own book, Bridges to Consensus:

In another study, … homeowners were asked to display an unsightly “Drive Carefully” sign in their front yards. The sign, as shown to the homeowners in a sample photo, was poorly lettered and so large it would significantly obscure the view of the house. In a control group, 83% of the residents refused to display the sign. The test group, however, had been primed two weeks earlier when asked to display a three-inch square sticker reading, “Be a safe driver.” Of those who had accepted and displayed the window sticker, 76% agreed to display the big, ugly sign.

According to Cialdini, toy manufacturers utilize this principle around Christmas time. Their advertising creates a large demand for a particular toy among children. Parents promise the children that they will receive the toy in question. However, the toy companies under stock stores with this particular toy yet provide a good supply of somewhat similar alternatives. Remember the Cabbage Patch doll shortage? Tickle Me Elmo? The parents who can’t find the toy they promised to their children buy one of the alternatives, perhaps a cute, but not Cabbage Patch, baby doll.

But after Christmas, the toy manufacturer renews its advertising, while also providing ample supplies to the toy stores. Now the parents who promised the toy to their children feel compelled to keep their promise. So they go out and buy it after Christmas, even though they already purchased the alternative.

And of course, all sorts of sales people and other negotiators will first seek a small concession, knowing that they can then build up to a larger one because of your need to feel consistent in your own skin and also seem consistent to others.

In a more chilling example, Cialdini tells us that the compulsion for consistency is so strong that it was exploited by the Chinese during the Korean war to ease American prisoners into making anti-American statements or informing on other prisoners who escaped.

The process began by eliciting a seemingly harmless statement, such as “The U.S. is not perfect.” Well, no country is perfect, so where was the harm in admitting a self-evidently true statement? Building on this, the prisoner was then persuaded to write an essay on ways the U.S. was imperfect.

“Aware that he had written the essay without any strong threats or coercion, many times a man would change his image of himself to be consistent with the deed and with the new ‘collaborator’ label.” When an American escaped from a camp, at least one such ‘collaborator’ was willing to inform on him for as little as a bag of rice. The Chinese had a near perfect record on recapture.”[1]

This Chinese “lenient” policy was much more effective than the North Korean technique of trying to obtain cooperation through physical brutality and contrasts starkly with the rarity of collaboration by American prisoners in World War II.

Perhaps it helps to remember Dr. Cialdini’s quote from Ralph Waldo Emerson, “A foolish consistency is the hobgoblin of little minds.” [Emphasis added by Ciladini] In that spirit, perhaps we can see informing on an escapee as foolishly inconsistent with the statement that the U.S. is not perfect. Perhaps we can see that donating to one charity twice in one month is foolishly inconsistent with signing their online petition or other document if the second donation means we must deny an equally worthy charity that doesn’t solicit us as often.

For me, simply knowing about the consistency dynamic has made it easier to refuse an unreasonable request, even though it is consistent with a position I have previously taken. In my last “Defense” post, I described my handy list of donations to causes I wish to support. Now, after I “click to sign the online…,” I check this list to see when I last gave to the organization and how much I gave. Knowing that the petition was, at least in part, a mechanism to compel me to donate, makes it easier to refuse the follow up request if it doesn’t fit my donation budget and schedule.

Thank you. It was a pleasure attending your class. It taught me to ask “Why?” when I am trying to resolve an issue. I learned a lot and am happy I had… END_OF_DOCUMENT_TOKEN_TO_BE_REPLACED

So much of our daily communication consists of argument, I’m delighted to learn new methods that remove the argument and place both parties on the roa… END_OF_DOCUMENT_TOKEN_TO_BE_REPLACED

I believe Bridges to Consensus applies to every facet of our lives… It doesn’t knock you over like a fire hose. It enters your spirit quietly and ge… END_OF_DOCUMENT_TOKEN_TO_BE_REPLACED

It Strikes a Chord: I’ve spent a lifetime reading stories, and I’m not easy to please. This little pocketful kept me pleasurably engaged all the way t… END_OF_DOCUMENT_TOKEN_TO_BE_REPLACED

It has been said that one of the best ways to teach is through story. In Love on the Rocks with a Twist, Margaret Anderson teaches the fine art of con… END_OF_DOCUMENT_TOKEN_TO_BE_REPLACED

Working with Margaret helped me understand that conflict does not automatically have to mean confrontation. Now I know how to seek solutions that bene… END_OF_DOCUMENT_TOKEN_TO_BE_REPLACED

My life has gone much more smoothly since taking your class.  Be it a discussion with…or a coworker, there is less stress and more preferable resul… END_OF_DOCUMENT_TOKEN_TO_BE_REPLACED

Margaret Anderson’s presentation takes the wisdom of Ben Franklin’s stated virtue: “Speak not but what may benefit others or yourself” into the realm … END_OF_DOCUMENT_TOKEN_TO_BE_REPLACED

It [Bridges to Consensus] lends itself specifically to church issues, while making itself significantly useful for understanding communications in any… END_OF_DOCUMENT_TOKEN_TO_BE_REPLACED

As a ghostwriter, I negotiate contracts often, and for “invisible” goods. …Margaret has taught me how to appeal to a prospect’s often hidden needs a… END_OF_DOCUMENT_TOKEN_TO_BE_REPLACED

A Go-To Reference & Entertaining Read in One Book: Delightful fiction, indeed! Each of the stories is a standalone pleasure. I especially enjoyed the … END_OF_DOCUMENT_TOKEN_TO_BE_REPLACED

The course was very interesting and learning the skill set in the classroom to apply in real life situations is invaluable.  It’s definitely about … END_OF_DOCUMENT_TOKEN_TO_BE_REPLACED

Although the book [Bridges to Consensus] is written with clergy in mind, I was instantly engrossed in the material and could see my way to using her s… END_OF_DOCUMENT_TOKEN_TO_BE_REPLACED

While reading “Bridges to Consensus”, I volunteered to organize a project with my quilt bee, 15 professional, talented, and strongly-opinionated w… END_OF_DOCUMENT_TOKEN_TO_BE_REPLACED

Margaret Anderson was instrumental in helping me hone my skills so that I could sort out, get clear, select, and land a “practically perfect” new busi… END_OF_DOCUMENT_TOKEN_TO_BE_REPLACED

As a ghostwriter, I negotiate contracts often, and for “invisible” goods. …Margaret has taught me how to appeal to a prospect’s often hidden needs a… END_OF_DOCUMENT_TOKEN_TO_BE_REPLACED