Defense Against the Dark Arts of Persuasion: ALARMISM 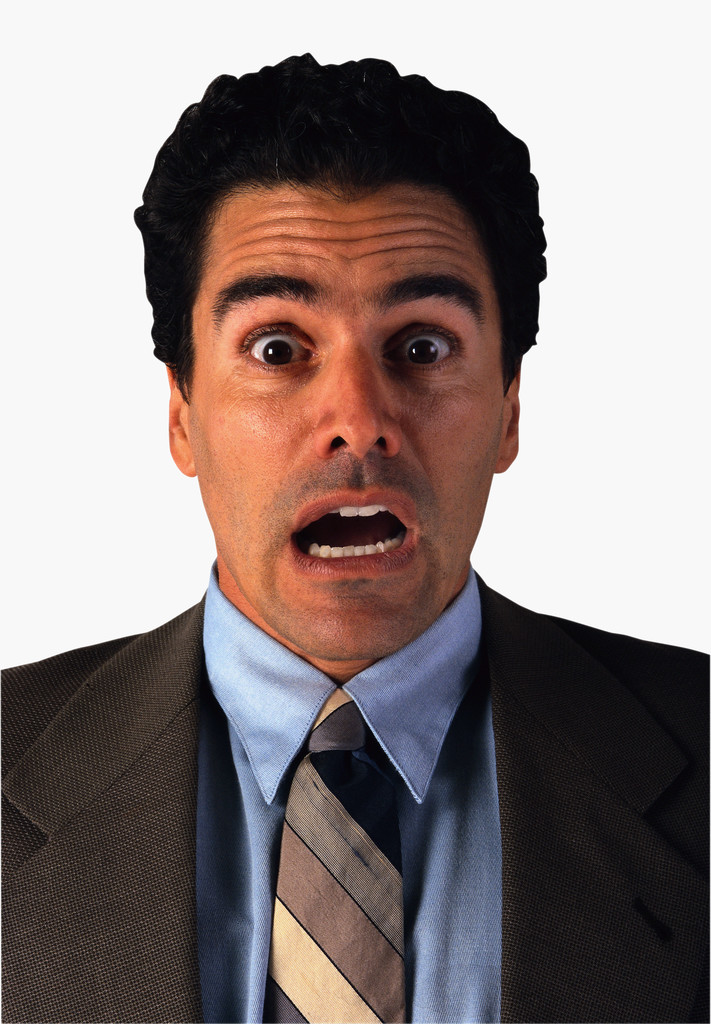 Remember the story of Henny Penny? She was scratching in the barnyard when something hit her on the head. Henny Penny thought the sky was falling and set off for the royal palace to report the crisis. As she hurried along, telling everyone she met, “The sky is falling,” she gathered followers—Cocky Locky, Ducky Lucky, Goosey Loosey and Turkey Lurkey. With each new addition to the entourage, the chorus, “The sky is falling,” grew louder. The group met Foxy Loxy, who offered to show them a short cut to the palace, but led them straight to his den where his hungry family awaited dinner. All because Henny Penny was hit on the head by—a raindrop.

Henny Penny readily gathered followers because it’s easiest to influence people when they feel a sense of crisis. Like most of the brain circuits compliance professionals exploit, willingness to take action in a true crisis is generally adaptive. When you hear a siren, you don’t spend time wondering if it’s a real emergency or whether the firefighters simply want a clear path to the donut shop. Better safe than sorry. You pull over and let the fire engine pass. Donations to the Red Cross rise in the wake of a natural disaster, as well they should.

But people can influence us by prolonging our initial sense of crisis, exaggerating an actual event, or even creating a false crisis. Sometimes their intentions, and the results, are good. Charles Duhigg writes that, after the 1987 Kings Cross fire in the London Underground, a government-ordered investigation resulted in many suggestions for change. Bogged down by long-entrenched procedures, the Underground failed to take up these suggestions. But the lead investigator extended the sense of crisis by holding public hearings and interviews a year after the fire. “By inflaming the sense of crisis, he created flexibility within the organization, and within six months, everything about the London Underground had changed.”[1] Good intentions, good result.

But when a TV ad for security systems shows a masked man breaking into a house while telling us that an American home is broken into every few minutes, our autopilot gets the sense that that masked man will be at your window any moment.

Several years ago, I decided to see whether my local property taxes could be reduced. The first protest assistance company I checked with ran regular TV ads depicting people in great distress because of their taxes. When I actually read their contract, I didn’t like what I saw. So I then checked out a second company that had sent me a low key mailing. The second company’s terms were much better.

In retrospect, I’m not surprised that the company with the alarmist ads charged fees many people would either not notice in the fine print, or not understand. Sometimes vendors use alarmism or other compliance tactics because the merits of their products or services don’t measure up.

Many advertisements and sales pitches exaggerate the sense of crises in subtle ways without actually lying. Still other crisis statements are downright untrue, but they still get spread by the Henny Pennys of this world. Today’s Henny Pennys can go far beyond word of mouth alarmism. They tell us the sky is falling by email and on social media, reaching more Turkey Lurkeys, who spread the crisis statements exponentially.

Appeals for donations or other non-purchase actions often seek to inflame our fear or outrage. Such emotions may have helped the earliest humans deal effectively when another tribe attacked their camp, but they don’t always serve us in modern life.

I subscribe to a number of list servers for causes dear to my heart. I want to stay informed about news relating to these causes, but sometimes feel overwhelmed by the frequency of the email messages. For a time, I questioned whether I was giving more than was prudent in terms of my finances. Was I giving disproportionately to some organizations based on the composition or frequency of their appeals, rather than on the relative worthiness of their cause?”

Moreover, many of these email solicitations reflected an ongoing or new issue that was depicted as a crisis. Even if all these crises were real and unexaggerated, they began to get me down. Add to this the posting of similar messages on Facebook, and no wonder we sometimes feel that life itself is one continuous crisis.

It is neither normal nor healthy to live in a constant state of crisis, fear or outrage. Nor is it helpful. When we focus on negative words, repeatedly reading or saying them (aloud or in our minds) we can actually enable negative outcomes. Carl Jung said, “What we resist persists.” The words that help an organization raise the most money for a cause are not necessarily the words that help that cause when we repeat them over and over among ourselves.

Here are some other tips for keeping alarmism from dragging you down, emotionally or financially:

Instead of Henny Penny or Turkey Lurkey, you can be the wise monarch in the palace, creating more solutions than crises.

[1] “Get Out of the Groove,” interview of Charles Duhigg by Carlin Flora, Psychology Today, March/April 2012

As a ghostwriter, I negotiate contracts often, and for “invisible” goods. …Margaret has taught me how to appeal to a prospect’s often hidden needs a… END_OF_DOCUMENT_TOKEN_TO_BE_REPLACED

It Strikes a Chord: I’ve spent a lifetime reading stories, and I’m not easy to please. This little pocketful kept me pleasurably engaged all the way t… END_OF_DOCUMENT_TOKEN_TO_BE_REPLACED

Thank you. It was a pleasure attending your class. It taught me to ask “Why?” when I am trying to resolve an issue. I learned a lot and am happy I had… END_OF_DOCUMENT_TOKEN_TO_BE_REPLACED

It has been said that one of the best ways to teach is through story. In Love on the Rocks with a Twist, Margaret Anderson teaches the fine art of con… END_OF_DOCUMENT_TOKEN_TO_BE_REPLACED

My life has gone much more smoothly since taking your class.  Be it a discussion with…or a coworker, there is less stress and more preferable resul… END_OF_DOCUMENT_TOKEN_TO_BE_REPLACED

The course was very interesting and learning the skill set in the classroom to apply in real life situations is invaluable.  It’s definitely about … END_OF_DOCUMENT_TOKEN_TO_BE_REPLACED

A Go-To Reference & Entertaining Read in One Book: Delightful fiction, indeed! Each of the stories is a standalone pleasure. I especially enjoyed the … END_OF_DOCUMENT_TOKEN_TO_BE_REPLACED

Margaret Anderson’s presentation takes the wisdom of Ben Franklin’s stated virtue: “Speak not but what may benefit others or yourself” into the realm … END_OF_DOCUMENT_TOKEN_TO_BE_REPLACED

I believe Bridges to Consensus applies to every facet of our lives… It doesn’t knock you over like a fire hose. It enters your spirit quietly and ge… END_OF_DOCUMENT_TOKEN_TO_BE_REPLACED

Working with Margaret helped me understand that conflict does not automatically have to mean confrontation. Now I know how to seek solutions that bene… END_OF_DOCUMENT_TOKEN_TO_BE_REPLACED

As a ghostwriter, I negotiate contracts often, and for “invisible” goods. …Margaret has taught me how to appeal to a prospect’s often hidden needs a… END_OF_DOCUMENT_TOKEN_TO_BE_REPLACED

While reading “Bridges to Consensus”, I volunteered to organize a project with my quilt bee, 15 professional, talented, and strongly-opinionated w… END_OF_DOCUMENT_TOKEN_TO_BE_REPLACED

It [Bridges to Consensus] lends itself specifically to church issues, while making itself significantly useful for understanding communications in any… END_OF_DOCUMENT_TOKEN_TO_BE_REPLACED

So much of our daily communication consists of argument, I’m delighted to learn new methods that remove the argument and place both parties on the roa… END_OF_DOCUMENT_TOKEN_TO_BE_REPLACED

Margaret Anderson was instrumental in helping me hone my skills so that I could sort out, get clear, select, and land a “practically perfect” new busi… END_OF_DOCUMENT_TOKEN_TO_BE_REPLACED

Although the book [Bridges to Consensus] is written with clergy in mind, I was instantly engrossed in the material and could see my way to using her s… END_OF_DOCUMENT_TOKEN_TO_BE_REPLACED