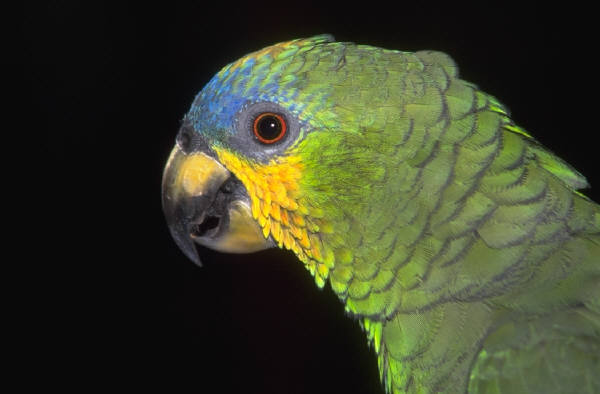 What do you do when someone just won’t listen? He says something you disagree with, and no matter how you try to explain another point of view, he keeps reiterating his original idea as if he didn’t even hear what you said. In these cases, paraphrasing his words can work magic.

To paraphrase, simply restate the other person’s point in different words, then, ask if you got it right. People often repeat themselves because, when you disagree with them, they feel you didn’t get their point. As soon as they realize that your reply is moving in a different direction, they tune you out and turn their minds (and mouths) to making you understand.

When you paraphrase another person’s ideas, then, ask if you got it right, he may correct you or elaborate. That’s good. It saves you from trying to address the wrong idea or an incomplete idea. So you paraphrase again till he agrees that you’ve got it. Now you’ve proved to him that you fully understood, even if you didn’t agree. You’ve taken away the temptation for him to tune out and redouble his efforts to get through to you. Now is the time when he’s most likely to listen.

Be sure to use different words. If you simply parrot his words, you don’t prove you understood, and he might even think you are mocking or dismissing him.

Let’s look at an example. Beth tells you, “I don’t appreciate that nasty look you gave me at the meeting yesterday.”

Beth interrupts, “It was ugly. And we were in a meeting.”

When Beth interrupts and repeats herself, that’s your clue that she needs to feel heard before she can listen. You think about her words, then try this paraphrase, “It sounds like you felt that others at the meeting would judge you because of the look on my face. Is that right?”

Beth: “Well, yeah. You were looking right at me.” She has let go of part of her repetition, the part about being at a meeting. You’re making progress, even though she is still repeating herself about the look.

You paraphrase about the look. “And you felt that that look on my face expressed disapproval of you, correct?”

You paraphrase again. “Or distrust?”

Although you don’t have to agree with what you paraphrase, you can calm people down when you can find something to agree with. So you say, “If I felt someone looked at me with suspicion, I wouldn’t like it either.”

Beth: “So why did you do it?” More progress. Beth has stopped repeating herself and has asked you a question. She’s now ready to hear your answer.

You: “Actually, I thought Charles’s criticism of your part of the project might be untrue and unfair. I guess my suspicion was about what he said, but I was looking at you because Charles had directed my attention your way and also because I was looking for your reaction.”

“Well, I think it made the others think you agreed with Charles.” Beth is still complaining, but you continue to make progress because she is now actually listening and responding to your statements.

You: “It might have, and I’m going to correct that impression by expressing support for your part of the project to those people.”

So your resolution for this month is: once a day, choose a statement someone else has made and, even if you think you know how to respond, take the time to paraphrase first.

The statement doesn’t have to be difficult or controversial. For example:

Him: I’m tired of eating in the company cafeteria.

Later, when you feel frustrated because someone just won’t listen, and counterarguments are hammering on the roof of your mouth trying to escape, this counterintuitive technique will come to you more naturally.

And for more uses and benefits of paraphrasing and other forms of “mirroring,” check out Chapter 11 of Bridges to Consensus.

I believe Bridges to Consensus applies to every facet of our lives… It doesn’t knock you over like a fire hose. It enters your spirit quietly and ge… END_OF_DOCUMENT_TOKEN_TO_BE_REPLACED

It has been said that one of the best ways to teach is through story. In Love on the Rocks with a Twist, Margaret Anderson teaches the fine art of con… END_OF_DOCUMENT_TOKEN_TO_BE_REPLACED

It Strikes a Chord: I’ve spent a lifetime reading stories, and I’m not easy to please. This little pocketful kept me pleasurably engaged all the way t… END_OF_DOCUMENT_TOKEN_TO_BE_REPLACED

A Go-To Reference & Entertaining Read in One Book: Delightful fiction, indeed! Each of the stories is a standalone pleasure. I especially enjoyed the … END_OF_DOCUMENT_TOKEN_TO_BE_REPLACED

Thank you. It was a pleasure attending your class. It taught me to ask “Why?” when I am trying to resolve an issue. I learned a lot and am happy I had… END_OF_DOCUMENT_TOKEN_TO_BE_REPLACED

As a ghostwriter, I negotiate contracts often, and for “invisible” goods. …Margaret has taught me how to appeal to a prospect’s often hidden needs a… END_OF_DOCUMENT_TOKEN_TO_BE_REPLACED

The course was very interesting and learning the skill set in the classroom to apply in real life situations is invaluable.  It’s definitely about … END_OF_DOCUMENT_TOKEN_TO_BE_REPLACED

My life has gone much more smoothly since taking your class.  Be it a discussion with…or a coworker, there is less stress and more preferable resul… END_OF_DOCUMENT_TOKEN_TO_BE_REPLACED

Although the book [Bridges to Consensus] is written with clergy in mind, I was instantly engrossed in the material and could see my way to using her s… END_OF_DOCUMENT_TOKEN_TO_BE_REPLACED

Working with Margaret helped me understand that conflict does not automatically have to mean confrontation. Now I know how to seek solutions that bene… END_OF_DOCUMENT_TOKEN_TO_BE_REPLACED

It [Bridges to Consensus] lends itself specifically to church issues, while making itself significantly useful for understanding communications in any… END_OF_DOCUMENT_TOKEN_TO_BE_REPLACED

So much of our daily communication consists of argument, I’m delighted to learn new methods that remove the argument and place both parties on the roa… END_OF_DOCUMENT_TOKEN_TO_BE_REPLACED

Margaret Anderson’s presentation takes the wisdom of Ben Franklin’s stated virtue: “Speak not but what may benefit others or yourself” into the realm … END_OF_DOCUMENT_TOKEN_TO_BE_REPLACED

As a ghostwriter, I negotiate contracts often, and for “invisible” goods. …Margaret has taught me how to appeal to a prospect’s often hidden needs a… END_OF_DOCUMENT_TOKEN_TO_BE_REPLACED

Margaret Anderson was instrumental in helping me hone my skills so that I could sort out, get clear, select, and land a “practically perfect” new busi… END_OF_DOCUMENT_TOKEN_TO_BE_REPLACED

While reading “Bridges to Consensus”, I volunteered to organize a project with my quilt bee, 15 professional, talented, and strongly-opinionated w… END_OF_DOCUMENT_TOKEN_TO_BE_REPLACED