Defense Against the Dark Arts of Persuasion, RECIPROCITY, I 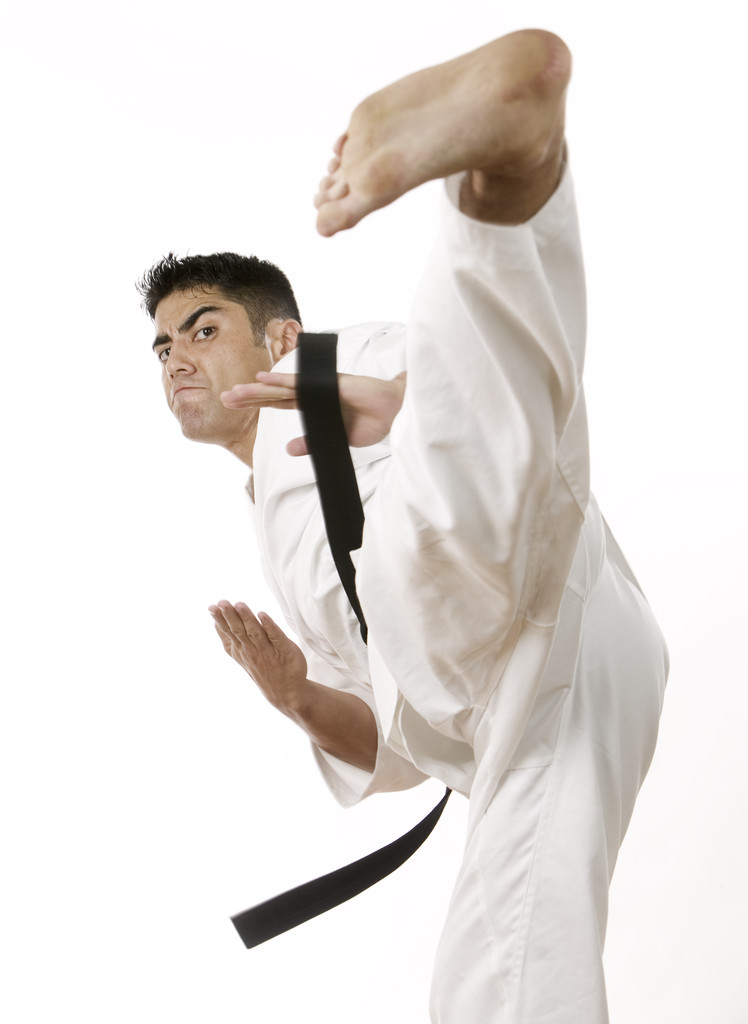 I bought Influence—the Psychology of Persuasion by Dr. Robert B. Cialdini thinking this book would provide additional fodder for my interpersonal persuasion toolkit. Instead, I got a valuable warning about how the people Cialdini calls “compliance professionals” manipulate us without our awareness.

That was some years ago, and it led to my reading other authors in this field, but not to learn more about persuading people with whom I have a relationship. My entire consensus system is built around the fact that we do not need to sacrifice ethics in order to build—indeed optimize—consensus. Rather, I have studied books like Influence to learn how we can avoid manipulation by those in the business of persuading the masses.

Compliance professionals take advantage of mechanisms that are hardwired into our brains and use them against us. These mechanisms cause us to react to certain triggers without thinking. They are adaptive because, as Cialdini points out, we don’t always have time to research and analyze every decision we make. We need shortcuts, and Cialdini predicts that this need will only rise as our increasingly complex world bombards us with more and more stimuli.

So it behooves us to learn to identify the manipulative tricks used by marketers, ideologues, and others who may not have our best interests at heart. This is the first in a series of articles I will post on protecting ourselves from such tricks.

One category of compliance maneuver described by Cialdini is based on what he calls “the rule of reciprocity.” When someone gives us something or does us a favor, we feel obliged to reciprocate. It’s easy to see how this hardwired rule led to, and still supports, civilization as we know it. Without it, people would feel reluctant to take the first step in cooperating with one another.

The rule has two parts. The second, already mentioned, is that, if someone gives us a gift or does us a favor, we must reciprocate. This is why the organization seeking donations encloses “free” note cards in their mailings.

The first part of the rule is that we must accept a gift or favor when it’s offered. This is why, when you see someone at the grocery store handing out “free” samples, you might feel inclined to avoid eye contact and hurry past them. You intuitively sense that, if you accept a free sample, you will feel compelled to purchase the product.

When you receive a solicitation in the mail and decide not to donate, do you keep the “free” address labels or notecards, or do you throw them away? If you throw them away, but could have used them, it could be that the rule makes you feel guilty for accepting something without reciprocating.

The biggest surprises, for me, lay not in the fact that this rule exists, but in the strength of its pull. It is almost impossible to resist reciprocating a gift or favor unless we simply can’t, for example, due to personal hardships.

Cialdini describes the Watergate break-in as one of the most compelling examples of the force of the rule, it’s ability to trigger decisions against one’s own interests.

For those who may not remember, in 1972, operatives of the committee to reelect President Richard Nixon broke into and wiretapped the offices of the Democratic National Committee in the Watergate Hotel.

Long prior to the break-in, committee man G. Gordon Liddy had proposed a “$1 million program that included (in addition to the bugging of the Watergate) a specially equipped communications ‘chase plane,’ break-ins, kidnapping and mugging squads, and a yacht featuring ‘high class call girls’ to blackmail Democratic politicians.” It is hardly surprising that the committee rejected this proposal.

But then, Liddy made a concession, backing down to a $500,000 plan. After this, too, was rejected, Liddy finally presented his “bare-bones” plan for $250,000. Even though Liddy had a reputation as a goofball, even though his plan was expensive, risky and unnecessary (Nixon’s reelection prospects at the time being very good), the committee approved the plan to break into and wiretap the Watergate offices. At face value, this made no sense.

Why would such intelligent, sophisticated and experienced people agree to such a plan? Because, as Cialdini points out, our brains read concessions as favors. So, after Liddy had made, not only one, but two concessions, the committee members felt obliged to give him something. This was confirmed in later hearings by the testimony of committee members Jeb Magruder and John Mitchell. Magruder stated that, “no one was particularly overwhelmed with the project,” but “after starting at the grandiose sum of $1 million, we thought that probably $250,000 would be an acceptable figure… We were reluctant to send him away with nothing.” Mitchell, likewise, testified to a “feeling that we should leave Liddy a little something.”[1] [emphasis added]

For me, the fact that such experienced and sophisticated men would approve this risky, needless plan is powerful evidence of the nearly irresistible pull of the rule of reciprocity.

Cialdini suggests that the best way to overcome this type of manipulation is to redefine the favor or gift as what it really is, an attempt to manipulate you. Once I learned to do this, it became quite easy to keep the note cards without donating.

Likewise, remember that the rule urges us to reciprocate in kind, that is, with something of comparable value. A packet of address labels is not comparable in value to a $25 donation.

In my next post in this series, we’ll explore safe and ethical ways to deal if and when the rule of reciprocity bumps into our personal dealings with those with whom we have, or wish to have, valuable relationships.

Meanwhile, enjoy those labels and notecards.

The course was very interesting and learning the skill set in the classroom to apply in real life situations is invaluable.  It’s definitely about … END_OF_DOCUMENT_TOKEN_TO_BE_REPLACED

It Strikes a Chord: I’ve spent a lifetime reading stories, and I’m not easy to please. This little pocketful kept me pleasurably engaged all the way t… END_OF_DOCUMENT_TOKEN_TO_BE_REPLACED

Thank you. It was a pleasure attending your class. It taught me to ask “Why?” when I am trying to resolve an issue. I learned a lot and am happy I had… END_OF_DOCUMENT_TOKEN_TO_BE_REPLACED

As a ghostwriter, I negotiate contracts often, and for “invisible” goods. …Margaret has taught me how to appeal to a prospect’s often hidden needs a… END_OF_DOCUMENT_TOKEN_TO_BE_REPLACED

My life has gone much more smoothly since taking your class.  Be it a discussion with…or a coworker, there is less stress and more preferable resul… END_OF_DOCUMENT_TOKEN_TO_BE_REPLACED

It [Bridges to Consensus] lends itself specifically to church issues, while making itself significantly useful for understanding communications in any… END_OF_DOCUMENT_TOKEN_TO_BE_REPLACED

I believe Bridges to Consensus applies to every facet of our lives… It doesn’t knock you over like a fire hose. It enters your spirit quietly and ge… END_OF_DOCUMENT_TOKEN_TO_BE_REPLACED

A Go-To Reference & Entertaining Read in One Book: Delightful fiction, indeed! Each of the stories is a standalone pleasure. I especially enjoyed the … END_OF_DOCUMENT_TOKEN_TO_BE_REPLACED

Margaret Anderson was instrumental in helping me hone my skills so that I could sort out, get clear, select, and land a “practically perfect” new busi… END_OF_DOCUMENT_TOKEN_TO_BE_REPLACED

While reading “Bridges to Consensus”, I volunteered to organize a project with my quilt bee, 15 professional, talented, and strongly-opinionated w… END_OF_DOCUMENT_TOKEN_TO_BE_REPLACED

Although the book [Bridges to Consensus] is written with clergy in mind, I was instantly engrossed in the material and could see my way to using her s… END_OF_DOCUMENT_TOKEN_TO_BE_REPLACED

Margaret Anderson’s presentation takes the wisdom of Ben Franklin’s stated virtue: “Speak not but what may benefit others or yourself” into the realm … END_OF_DOCUMENT_TOKEN_TO_BE_REPLACED

It has been said that one of the best ways to teach is through story. In Love on the Rocks with a Twist, Margaret Anderson teaches the fine art of con… END_OF_DOCUMENT_TOKEN_TO_BE_REPLACED

So much of our daily communication consists of argument, I’m delighted to learn new methods that remove the argument and place both parties on the roa… END_OF_DOCUMENT_TOKEN_TO_BE_REPLACED

Working with Margaret helped me understand that conflict does not automatically have to mean confrontation. Now I know how to seek solutions that bene… END_OF_DOCUMENT_TOKEN_TO_BE_REPLACED

As a ghostwriter, I negotiate contracts often, and for “invisible” goods. …Margaret has taught me how to appeal to a prospect’s often hidden needs a… END_OF_DOCUMENT_TOKEN_TO_BE_REPLACED