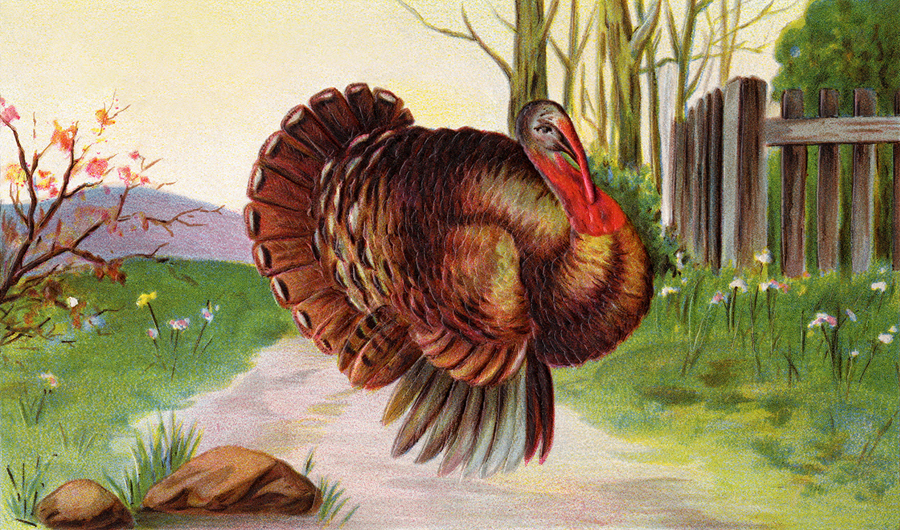 I recently watched an episode of Nature I had recorded from PBS, “My Life as a Turkey.” Not a life I could lead, but an amazing example of how one man met a huge communication challenge. This story can teach us a lot about dealing with our fellow humans.

The tale began when someone gave wildlife artist Joe Hutto a clutch of abandoned wild turkey eggs. Hutto undertook the role of adoptive mother, which became more than a full-time job for over a year. To fulfill this role, he needed to bond with and communicate with the young turkeys. Obviously, however, using his own human language to tell the chicks what he wanted them to do would not work. Instead, Joe had to learn how to connect with the chicks on their own terms. He also had to accept the reality of how much he had to learn.

I was touched by this man’s patience as he quietly watched and listened to the young turkeys. Eventually, Joe came to appreciate the significance, not only of different types of noises and calls, but also subtle variations in what, to my ear, might have seemed like the same call. For example, Joe learned that the turkeys made a particular type of noise when they spotted a snake, but even more astounding, modified this noise to indicate the species of snake. Eventually, Joe learned to “talk turkey,” communicate with the birds using the same calls they used with one another.

Joe also observed that the turkeys had unique personalities and different interests. One, whom he named “Turkey Boy,” was very curious about deer, and even played with a small fawn. Another, “Sweet Pea,” preferred squirrels. Sweet Pea also liked a lot of physical contact with Hutto, often sitting in his lap for long periods of time and allowing him to pet her. Turkey Boy was more flamboyant than the other male chicks, and began displaying as soon as he had a budding tail he could fan.

When the turkeys were old enough, they went on long daily walks with Joe, and his presence among them, opened other doors for him. He was able to get closer to other animals during the year he lived as a turkey mom.

For the rest of us, learning to communicate with other people in their own terms can pay equally high dividends. But whereas it was quite obvious to Joe that he couldn’t simply communicate with a turkey chick in his own human language, we sometimes fail to realize how much the modes of communication that grab our minds may leave another person unimpressed or even confused, and vice versa. This is why I devoted Chapter 3 of Bridges to Consensus to what I call “communication diversity.” in time, I plan to write an entire book on the subject.

The way to start communicating more effectively with another human is the same technique Joe Hutto used with his chicks—stop talking, listen and watch. In addition to the literal meaning of another person’s words, listen out for the undercurrents. What do these words tell us about the underlying interests that drive the person’s attitude and behavior? Watch the person’s face and body language. What do they tell us about the way our words strike their ear?

Does this person tend to jot notes while she talks or listens to you? You might get through to her by writing key words on a flipchart or a tablet placed within her view. Do his eyes glaze over when you explain the logic behind your grand plan? Try giving him an example of how your logical ideas might play out in real life. Does she sit in silence after you finish what you have to say? Don’t rush in to fill what seems like an awkward silence with more words, but rather, give her the time she needs to process what you’ve said so far.

As with Joe Hutto’s turkey-mothering project, this process takes some time, but it’s time well invested, time that ultimately leads to improved efficiency and effectiveness in communication. And like Joe, you may find that this investment opens up entirely new worlds to you.

As a ghostwriter, I negotiate contracts often, and for “invisible” goods. …Margaret has taught me how to appeal to a prospect’s often hidden needs a… END_OF_DOCUMENT_TOKEN_TO_BE_REPLACED

Working with Margaret helped me understand that conflict does not automatically have to mean confrontation. Now I know how to seek solutions that bene… END_OF_DOCUMENT_TOKEN_TO_BE_REPLACED

My life has gone much more smoothly since taking your class.  Be it a discussion with…or a coworker, there is less stress and more preferable resul… END_OF_DOCUMENT_TOKEN_TO_BE_REPLACED

So much of our daily communication consists of argument, I’m delighted to learn new methods that remove the argument and place both parties on the roa… END_OF_DOCUMENT_TOKEN_TO_BE_REPLACED

It Strikes a Chord: I’ve spent a lifetime reading stories, and I’m not easy to please. This little pocketful kept me pleasurably engaged all the way t… END_OF_DOCUMENT_TOKEN_TO_BE_REPLACED

Although the book [Bridges to Consensus] is written with clergy in mind, I was instantly engrossed in the material and could see my way to using her s… END_OF_DOCUMENT_TOKEN_TO_BE_REPLACED

Margaret Anderson was instrumental in helping me hone my skills so that I could sort out, get clear, select, and land a “practically perfect” new busi… END_OF_DOCUMENT_TOKEN_TO_BE_REPLACED

It has been said that one of the best ways to teach is through story. In Love on the Rocks with a Twist, Margaret Anderson teaches the fine art of con… END_OF_DOCUMENT_TOKEN_TO_BE_REPLACED

Margaret Anderson’s presentation takes the wisdom of Ben Franklin’s stated virtue: “Speak not but what may benefit others or yourself” into the realm … END_OF_DOCUMENT_TOKEN_TO_BE_REPLACED

It [Bridges to Consensus] lends itself specifically to church issues, while making itself significantly useful for understanding communications in any… END_OF_DOCUMENT_TOKEN_TO_BE_REPLACED

While reading “Bridges to Consensus”, I volunteered to organize a project with my quilt bee, 15 professional, talented, and strongly-opinionated w… END_OF_DOCUMENT_TOKEN_TO_BE_REPLACED

Thank you. It was a pleasure attending your class. It taught me to ask “Why?” when I am trying to resolve an issue. I learned a lot and am happy I had… END_OF_DOCUMENT_TOKEN_TO_BE_REPLACED

I believe Bridges to Consensus applies to every facet of our lives… It doesn’t knock you over like a fire hose. It enters your spirit quietly and ge… END_OF_DOCUMENT_TOKEN_TO_BE_REPLACED

As a ghostwriter, I negotiate contracts often, and for “invisible” goods. …Margaret has taught me how to appeal to a prospect’s often hidden needs a… END_OF_DOCUMENT_TOKEN_TO_BE_REPLACED

The course was very interesting and learning the skill set in the classroom to apply in real life situations is invaluable.  It’s definitely about … END_OF_DOCUMENT_TOKEN_TO_BE_REPLACED

A Go-To Reference & Entertaining Read in One Book: Delightful fiction, indeed! Each of the stories is a standalone pleasure. I especially enjoyed the … END_OF_DOCUMENT_TOKEN_TO_BE_REPLACED