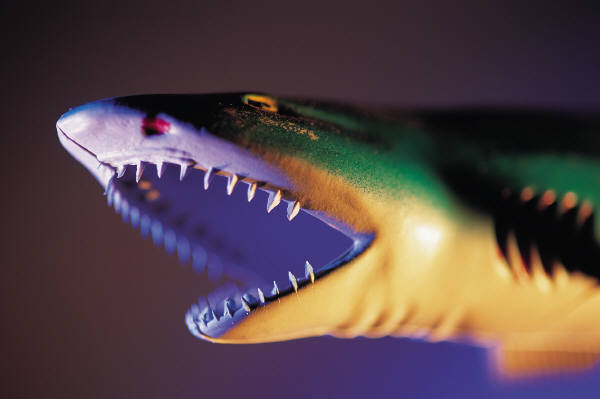 When an election worker tried to bite off a voter’s nose last week, the news spread like wildfire. Most readers, no doubt, saw a man out of control. I saw something else as well, extreme resistance to wrong making.

Those of you who have read Bridges to Consensus, know that many of the skills presented there help us avoid or minimize wrong making. We know that, when people feel criticized, accused or the like, they resist. They may deny that they did what we accused them of. They may rationalize their actions to frame them as right, rather than wrong. Or, worst of all, they may project, that is turn the criticism back on the accuser to frame him as more wrong than they are.

When the person whose ideas or behavior we challenge is in a relatively normal state, our wrong making can still bring verbal retaliation raining down on our head. The more seriously the person takes the matter, the more upset his is about it, the more likely he is to act out his hard-wired urge to resist. As the nose-biting incident shows, when the person is already enraged and combative, his reaction to being made wrong can be physically dangerous.

In the Ohio case, Greg Flanagan was returning to his car after voting when he saw an election worker engaged in an altercation with a woman over whether she was placing signs too close to the polling place. Mr. Flanagan reported that the woman was less than 5 feet tall, while the man was large, and had become “combative.” So Flanagan stepped in to help the woman.

Consider the exact words, as reported by Flanagan:

Flanagan: “Measure the distance if you are concerned, and don’t be and ass.”

Election worker: “What did you say?”

That’s when the election worker went ballistic, head butted Mr. Flanagan between the eyes, then bit his nose, before fleeing the scene.  The key words were, “Don’t be and ass,” not only uttered once, but repeated when the already-irate election worker asked, “What did you say?”

Flanagan told the Associated Press, “I knew what I did was right and I shouldn’t have been treated that way by another human being.”  I agree with Mr. Flanagan. I applaud his efforts to step in and help the victim of a bully. The election worker was in the wrong. But when Flanagan put the worker’s nose into his wrongness, with the term “ass,” he scored a bite on his own nose in return.

How might Mr. Flanagan have assisted the woman while reducing risk to himself? Actually, his first instinct, to suggest measuring the distance, was a good one, a reasonable request. Adding, “Don’t be an ass,” was the trigger that sent things spinning out of control.

But the election worker might have already been too emotionally charged up to respond to a reasonable request such as measuring the distance. Flanagan could have further increased his chances of success with a preliminary de-escalation tactic such as, “When I heard your conversation, I felt concerned because I wanted to know that both of you are OK.”

This technique, recommended in Nonviolent Communication–A Language of Life by Marshall Rosenberg, probably wouldn’t immediately transform the election worker from a raging lion to a meek lamb, but it could start the process of de-escalation, and at the very least, avoid further escalation.

One could then repeat de-escalation techniques until the worker seemed ready to take in the suggestion, “Why don’t we measured the distance?” And if the worker never reached that point, the de-escalation tactics would at least buy time for the woman and her Good Samaritan to safely extricate themselves from the situation.

If avoiding wrong making could have prevented this situation from getting physical, imagine what it could do for your everyday disagreements. Practice in low stakes situations. You’ll not only enjoy more successful interactions, but you’ll also be more likely to remember your skills if you ever encounter a potentially violent situation.

Thank you. It was a pleasure attending your class. It taught me to ask “Why?” when I am trying to resolve an issue. I learned a lot and am happy I had… END_OF_DOCUMENT_TOKEN_TO_BE_REPLACED

It [Bridges to Consensus] lends itself specifically to church issues, while making itself significantly useful for understanding communications in any… END_OF_DOCUMENT_TOKEN_TO_BE_REPLACED

Margaret Anderson was instrumental in helping me hone my skills so that I could sort out, get clear, select, and land a “practically perfect” new busi… END_OF_DOCUMENT_TOKEN_TO_BE_REPLACED

The course was very interesting and learning the skill set in the classroom to apply in real life situations is invaluable.  It’s definitely about … END_OF_DOCUMENT_TOKEN_TO_BE_REPLACED

A Go-To Reference & Entertaining Read in One Book: Delightful fiction, indeed! Each of the stories is a standalone pleasure. I especially enjoyed the … END_OF_DOCUMENT_TOKEN_TO_BE_REPLACED

Margaret Anderson’s presentation takes the wisdom of Ben Franklin’s stated virtue: “Speak not but what may benefit others or yourself” into the realm … END_OF_DOCUMENT_TOKEN_TO_BE_REPLACED

So much of our daily communication consists of argument, I’m delighted to learn new methods that remove the argument and place both parties on the roa… END_OF_DOCUMENT_TOKEN_TO_BE_REPLACED

Although the book [Bridges to Consensus] is written with clergy in mind, I was instantly engrossed in the material and could see my way to using her s… END_OF_DOCUMENT_TOKEN_TO_BE_REPLACED

It Strikes a Chord: I’ve spent a lifetime reading stories, and I’m not easy to please. This little pocketful kept me pleasurably engaged all the way t… END_OF_DOCUMENT_TOKEN_TO_BE_REPLACED

As a ghostwriter, I negotiate contracts often, and for “invisible” goods. …Margaret has taught me how to appeal to a prospect’s often hidden needs a… END_OF_DOCUMENT_TOKEN_TO_BE_REPLACED

My life has gone much more smoothly since taking your class.  Be it a discussion with…or a coworker, there is less stress and more preferable resul… END_OF_DOCUMENT_TOKEN_TO_BE_REPLACED

While reading “Bridges to Consensus”, I volunteered to organize a project with my quilt bee, 15 professional, talented, and strongly-opinionated w… END_OF_DOCUMENT_TOKEN_TO_BE_REPLACED

Working with Margaret helped me understand that conflict does not automatically have to mean confrontation. Now I know how to seek solutions that bene… END_OF_DOCUMENT_TOKEN_TO_BE_REPLACED

I believe Bridges to Consensus applies to every facet of our lives… It doesn’t knock you over like a fire hose. It enters your spirit quietly and ge… END_OF_DOCUMENT_TOKEN_TO_BE_REPLACED

As a ghostwriter, I negotiate contracts often, and for “invisible” goods. …Margaret has taught me how to appeal to a prospect’s often hidden needs a… END_OF_DOCUMENT_TOKEN_TO_BE_REPLACED

It has been said that one of the best ways to teach is through story. In Love on the Rocks with a Twist, Margaret Anderson teaches the fine art of con… END_OF_DOCUMENT_TOKEN_TO_BE_REPLACED